We’re committed to supplying fish as nature intended – with nothing taken, and nothing added.

That’s why we fillet and freeze our fish at sea, hours after it’s been caught. It’s the best way to preserve the freshness and natural quality of our oceans.

Fresh freezing at sea locks in the high-protein cholesterol-fighting effects of fish, including omega-3 acids, plus vitamins A, B12 and D.

But fresh-freezing doesn’t just provide customers with a healthier option, it also provides the freshest possible texture and taste. In fact, fresh frozen fish at sea is the closest thing you can get to catching it yourself.

Fresh-frozen fillets can be stored for up to 2 years, with no compromise on quality.

As a consumer, you want to enjoy what you eat. And for that, you need good raw material for your cooking.

There are quality standards for all aspects of how the final product shall be, and during production, we are constantly monitoring the quality of the fillets against these standards and documenting the findings. Fish is a wild, natural products, and therefore, there will always be some variance from one fillet to another.

Great demands are put on every producer to secure that the food is safe and that various standards for demands put on food are met. Consumers seldom think about this, but we as a producer and others involved in the chain until consumers receive the fillets are constantly meeting them.

Food safety is getting more and more important, every vessel has a control system in place to secure this. It is called HACCP.

Annual controls for every vessel are in place and products are checked for microbiological and other important values.

Regular controls take place after landing to compare results from the what is controlled on board the vessel against our quality standards.

Consumer ratings for our wild Fresh-frozen at sea Fillets

Our Wild Fresh-frozen at Sea loins received an outstanding consumer rating, compared to other fresh and frozen fillets.

We wanted to know what consumers thought about our Wild Fresh-Frozen at Sea fillets. We commissioned Wirral Sensory Services, a well-known UK research institute, to conduct an independent consumer survey, comparing our products with similar products from different fisheries and suppliers. Our Atlantic cod loins were rated against fresh-line caught, land frozen and twice-frozen Atlantic cod loins. 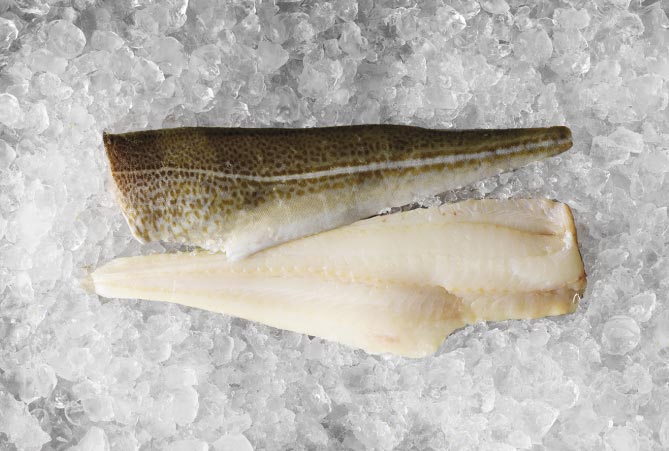 The research agency surveyed primary household and health-conscious shoppers, aged 35-45, both male and female. 145 consumers took part in the survey.

The results were clear. Our Atlantic cod loins were rated best overall. Even better, they received the highest rating for flavour and cooked appearance.

Team you can Count on

Our crew make sure your fish is perfectly prepared.

Most of our vessel are staffed by between 17 and 38 crew members, but a few have up to 120 crew members, who are responsible for fishing, processing and packing the catch. Each trip can take between one to three months, often in challenging conditions.

Every fishing vessel in our fleet is vital because each is an independent floating factory. It is also becoming increasingly important for consumers to know where their food comes from; indeed, legislation in many countries demands information about where the fish was caught and by whom.

Here is the list of all vessels producing for Norebo with basic information about each one. More than 30 vessels fish for Norebo and annual catch volume is 300-400,000 MT. There are regular changes in the fleet, so if you do not find a particular vessel on the list, please contact your Norebo representative.

Main products: H&G, WR, APO fillets. Named after Vladimir Starzhinsky, head of Dalryba, one of the biggest fishing companies in the world

Main products: APO fillets, H&G. Named after a cape in the Sakhalin island

Main products: APO fillets, H&G. Named after a cape in the Primorsk region on the western coast of the Tatar Strait.

Main products: APO fillets, H&G. Named after a cape on the northwestern coast of Alaska.

Main products: APO fillets, H&G. Named after a hero of the Soviet Union.

Main products: APO fillets, H&G. Named after the town Vilyuchinsk on the Kamchatka peninsula in Russia.

Bukhta Naezdnik
Out of Operation in 2019

Main products: cod, haddock fillets. The vessel is named after the Bukhta Naezdnik bay, close to Vladivostok in the Sea of Japan

Main products: cod, haddock fillets. The vessel is named after the after a bay on Sakhalin